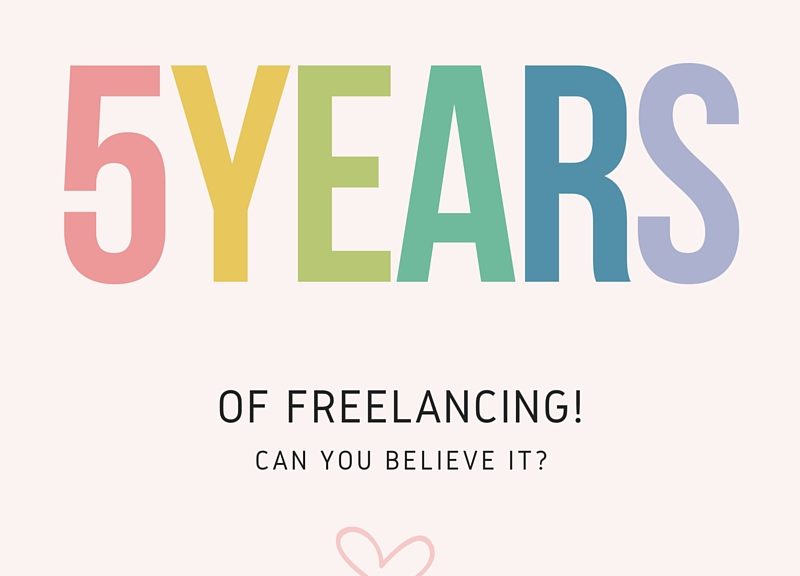 My five year freelance-aversary was in April but I was too busy to write a post… too busy moving to Los Angeles! We did something crazy and decided to leave Chicago for the west coast. Better weather, more active lifestyle, healthier food, and all that jazz. So far, it’s better than expected. But I’ll talk more about Los Angeles later…

After five years of freelancing, the big lesson that sticks out to me at this moment is that if you work hard you’ll make money. If you don’t work hard, you won’t make money. The whole moving-across-the-country thing (selling a condo, finding temporary rentals, buying a condo, getting settled, being stressed) definitely took a huge hit to my income this year. Meanwhile I have multiple books coming out soon from Scholastic, American Girl, and Capstone…because I worked so damn hard last year.

Last year was my best year yet. This year, it’s slow (see: moving across the country). But freelancing is all about ebbs and flows. I’m trying to stay positive instead of stressed out and am doing a lot of networking here in Los Angeles. I also need to be better about sending out book proposals! I have a severe case of imposter syndrome right now that I need to get over.

The other big project that took up a bunch of my time recently was two new website revamps: this one (www.aubreandrus.com) and my marketing copywriting site (www.thestartupscribe.com). I separated my businesses (one for kid’s book writing, one for marketing copywriting) so that what I do is more clear. My previous site was really fun but anyone who visited it said, “It looks like you do a bit of everything!” which is untrue.

So there we go. The past six months have been all about laying the foundation for bigger and better things. So now it’s time to start taking advantage of it!